“Savory”, “Delectable” and “Scrumptious” were exclamations overheard at the debut of Fisherman’s San Francisco New York Style Porchetta. Friends, Family and Supporters came out to the

Royal Cuckoo on June 14 to taste the juicy pork sandwiches crafted with “Crocollini” rolls created especially for the Fisherman by San Francisco’s very own Boudin Bakery in Fisherman’s Warf and the juicy pork loin was from 4505 Meats in the Mission District . The exotic sounds of tiki filled the backyard of the Cuckoo as the Fisherman Trio played their greatest hits. 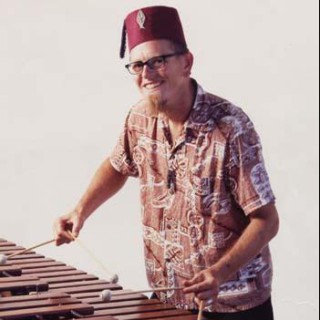 Fisherman is a crazy-cool bandleader and mallet player (vibraphone, marimba, xylophone) who has been making the hepcats and kittens groove across the nation for over more than three decades. His shows deliver the kind of action not seen since the golden years of bebop, burlesque, and lounge exotica. With his fez, goatee, and vast collection of tiki shirts, he looks like he stepped out of a Technicolor beatnik drive-in extravaganza. For more, visit sfporchetta.com